Discovering a world of wisdom ! 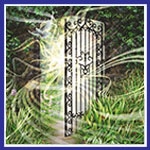 What is spirituality?
It is the practical knowledge that allows us to know the human spirit, regarding its origin (“Where do I come from?”), its way of functioning and its capabilities (“Who am I?”), and its creative potential to manifest (“What have I come to accomplish on Earth?”).
Or, it is the experience of the spirit unfolding before the divine.
Recently, a well-known magazine published a special issue entitled “Spirituality Guide”. But after reading it, one could only confirm that it did not mention ANY thing on spirituality!
How is this possible?
The sad fact is that for decades, the average man on the street has been manipulated and conditioned to believe that religion and spirituality are synonymous. Yet nothing could be further from the truth!
To understand this problem more clearly, let’s fetch good ol’ Sherlock Holmes who would ask, “Who has something to gain from this crime?”
Indeed, who really is interested in this conundrum between religion and spirituality?
For several decades or even a century, humans have been turning more and more towards spirituality. They have the desire to practice a spiritual path and are knocking on all doors.
This is evidence that humanity is evolving, where human beings wish to take charge of their own lives, to think for themselves and to develop their free will. It is also evidence of an important meeting with their future.
Unfortunately, this desire does not please everyone.
The people running today’s society share a dim view of those seeking to emancipate themselves and stand on their own. Moreover, they know very well that spirituality can help them.
And so we have seen emerge throughout recent decades, all kinds of attempts to denigrate spirituality or to merge it with religion, psychology or the “new age” movement.
Who has something to gain from this crime?
Religion!
That is why, since the 80s, religion has put into place a “sect hunt” which has since become a true “French obsession” and is nothing but a new form of inquisition!
Yet spirituality and religion could mingle in harmony, because they do not involve the same people.
Indeed, religion proposes to cultivate beliefs related to the dogmas it has established, whereby the religious leader (pope or other) remains the absolute authority; and asked his followers to follow his credo, which is to believe in, to love and to serve “God”. These three proposals correspond to the human personality (in order: thinking, feeling or heart, and will or action).
As for spirituality, it does not propose a belief system or dogmas, but rather to acquire knowledge on one’s own, by the efforts of free thought and the development of free will. Spirituality has no authority, and the guide in spirituality is rather an advisor who provides tools for the development of the individual, but he or she is not, in any case, an intermediary between man and the divine.
While in religion everyone studies and practices in the same fashion, in spirituality, there are no two aspirants who evolve in like manner.
Moreover, while religion is more internal and theoretical or based on unverifiable hypothesis (“The Lord’s ways are inscrutable!”), Western spirituality is entirely based on experience and that which is verifiable.
Religion requires no effort of thought, it belongs more to the domain of feeling and devotion.
Spirituality involves the development of the human spirit, who cultivates his mind freely to experience the truth that will ultimately free him.
We could consider the following three categories:
· There are people who believe that God exists: they are religious.
· There are people who believe that God does not exist: they are atheists (for atheism is a belief, like all words with the suffix “ism”).
· There are people who have no belief in relation to God, and who prefer to experience the realm of spirit and of the divine: they are spiritualists.
Some might say, but what about the scientists opposing the religious, but that experiment all the while, being almost always atheists?
In fact, scientists are experimenting, certainly, and that bring them closer to spiritualist … but remaining in the material domain, they can not experience the divine, hence their atheism. The day that scientists will rise beyond the material, or that they cross the illusory limits of the material, they will discover the divine: and so, they will become spiritualists!
If you are really looking for spirituality, then religion does not interest you, because you do not want to be content in believing: what you are looking for is to experience, to access the truth for yourself and to set yourself free.
Western spiritual paths are there for you…
Of course, there is no need to write to us to ask: what are the true Western spiritual paths? Use your free will, your discrimination, and when you are ready, you will find your path!
But don’t take my word for it – experiment! 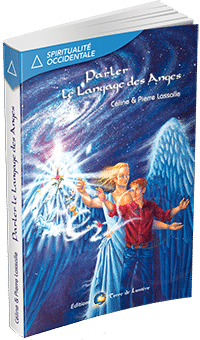 Written with Céline Lassalle, to better understand the life of our winged friends, and gain contact with them in an ethical way, beyond folklore and selfish desires. 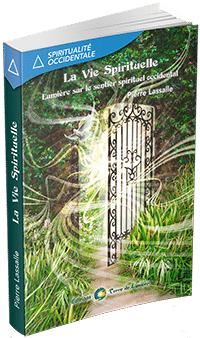 Brings together all the necessary esoteric knowledge for a true spiritual evolution in our time, as a Westerner.

Available in store or online ! 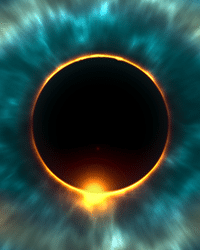 Warning! One Meditation Can Hide Another

Twenty-five years ago, we created creative meditation. It is a form of meditation especially adapted to the Westerners that we are, taking into account the aptitudes of the human beings of our time. This method could not have been taught a few centuries ago, or worse... 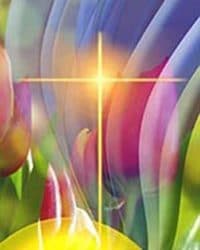 At Easter Holy Week, Christ, the Son of God or the God of the Sun, transformed all the spheres of consciousness corresponding to the days of the week. What interests us here are the transformations brought by Christ for Sunday (Sun Day) and Monday (Moon Day). Indeed,...