Warning! One Meditation Can Hide Another 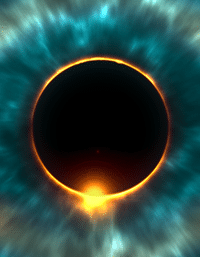 Twenty-five years ago, we created creative meditation. It is a form of meditation especially adapted to the Westerners that we are, taking into account the aptitudes of the human beings of our time.

This method could not have been taught a few centuries ago, or worse a few millennia ago.

It is a free and conscious act that consists of grasping oneself internally. For that, we use our conscious wakefulness state, we concentrate on it, we go within ourselves, releasing the outer world. Then, we cross a “threshold” that allows us to enter the spiritual world.

Indeed, meditation is the tool that allows access to the spiritual world, that is to say the world from which we all come, and that holds the answer to the question “Where do I come from?”.

Any technique called “meditation” but which does not allow access to the spiritual world is necessarily a trap, a “candy” for the naive or a remake of a sacred method to make it a “Zen thing”, to feel better about yourself, earn more money, relax or breathe better!

For a few years now, we have seen the flourishing of so-called “meditation” methods accessible to all in this materialistic-utilitarian society that does not respect the sacred. In reality, it is only about improved relaxation techniques, where the spiritual is carefully rejected. We talk about “mindfulness” with the scientific or psychological label, or even better “Buddhist”, while “mindfullness” simply means concentrated consciousness of awareness, namely the first step of true meditation … and not the goal!

Of course, in these false meditative techniques, taught by very materialistic people and very consistent with the diktats of the matrix, you are taught that the important thing is to be present in your body, because it is important not to go within and let go of the outer world (stay slave of the matrix!). The purpose of meditation is precisely to help us let go of our body and the material world around us, that prevents us from being ourselves.  You are told that Buddhists invented meditation! This is obviously wrong!   My poor Gautama Buddha, what idiocies told in your name!  But today, in our ultra-liberal society, we must be “Buddhist” to be “recognized” as a spiritualist… without ever talking about spirituality, of course. In any case, since spirituality is amalgamated with religion, while they do not have much to do in common (see our article on this subject), we now have scientists or psychologists that are atheists practicing meditation to feel better about themselves!   We don’t know whether to laugh or cry!   Unfortunately, the everyday man seeking evolution, but who has not developed his free will and discernment enough (society is doing everything possible to keep it this way!), goes astray in these false meditative techniques, which only take care of his body … leaving his mind to be abandoned.The true mission of meditation is to facilitate the connection with the spiritual world, so that the human being, as a spirit, can reconnect with his heavenly Soul or higher Self. But the mind is not the thoughts nor the emotions, but the one who must control everything that happens in him.   Meditation facilitates this mastery.   And access to the world of the spirit that it promotes also brings inspiration to artists.  True meditation has nothing to do with materialistic medicine, which deals only with the physical body, neither with atheistic science, nor with psychology, nor with religion, which deals mainly with prayer, nor with the modern materialist Buddhism advocated by Tibetans, and which should be called “Lamaism” (for it differs very much from the true teaching of Gautama Buddha, which the author has practiced for a time, and as philosophers like Pascal Bruckner has demonstrated).   Meditation is useless, and brings nothing for the materialistic and consumerist world. Nor is it a religious tool. It does not belong to this domain.   Meditation is a tool for the cultivation of the human mind, that is, an unknown dimension of science, psychology, medicine, and religion.   It requires courage, abnegation, an adventurous spirit and detachment.   Its purpose is not the careful awareness of “mindfulness”, which is its starting point, but the access to a new and different consciousness, unknown to this materialistic world. This is the last adventure still possible for the human being of our time!   And since the human being of our time is “chicken”, he tries to put in a box that method which scares him. He tries to make it a well-framed technique, well limited and easily accessible for all postmodern intellectuals. He desecrates it, as he did for everything sacred to the human.

So, let’s not fall for it!   Even if the meditator is necessarily a pacifist from head to toe, this is not a reason for anyone to say anything, and for us to believe it! The only advice we can give you is this: experience for yourself the true Western meditation that we call “creative”, and dare to compare it with all its imitations.   Let there be light!