Express your true self !

Heroïsm : The way of the Western world 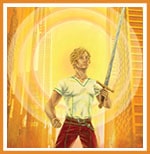 Nowadays, when we talk of heroism, two types of images come to mind: either a soldier fighting a war, a firefighter or a Superhero in a Hollywood blockbuster!
Indeed, to the average man on the street heroes are categorized in very specific careers or in some sort of “Hollywood folklore” extravaganza. They are “snapshots” or “pre-packaged”, distancing us from reality, and making people believe that courage is only possible in these cases, which to top it off, some psychologists will confirm with gusto!
Heroism is a word that bears witness to the courage or valour of the hero.
But courage comes from the spiritual heart of the human being and even shares the same root (Latin “cor” meaning heart).
In pre-Christian times, cultivating courage was an important part of both Greek and Norse civilisation. We have all heard of the Greek Heroes, these demigods of mythology whose names resound since the dawn of time: Perseus, Heracles, Odysseus, Theseus, Orpheus, Achilles or Hector. Then, the Vikings and other northern tribes took the development of courage to an extreme in order to finally live in the heart of the human being. These Northern Europeans established courage that, by virtue, became a quality that all humans were thereafter provided at birth.
So today, when we call upon courage, nestled in the depths of our heart, and it rises to give us the strength required to face the trials and challenges of life, perhaps we should feel gratitude for our Greek and Nordic ancestors who have prepared the foundation.
Like Eastern philosophy has offered us compassion (through Gautama Buddha), European Western philosophy has offered us courage.
How then to define heroism in this context?
It is the expression of an individual’s courage demonstrated to tame fear and to face a challenge or a test.
Thus, courage, and heroism which is the multifaceted expression, are the prerogative of the European, and by extension today, of Western civilisation.
Heroism is the way of the West whose major aim must be to confront reality in order to transform it into a work of art!
It would be a shame to live in Europe and remain a “coward” for the rest of our life, would it not?
So, take heart! Give rise to the hero that we have been called on to become! 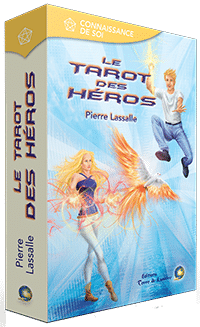 This is a tarot-book manual for a heroic life that provides answers to any question, and makes the young (and old!) want to transcend and love life (comes in a box with 33 colored cards). 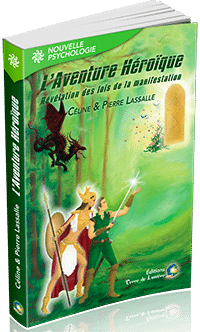 Written with Céline Lassalle. A user’s guide to the heroic life, where the laws of manifestation are mastered to achieve any goal or realize any project. 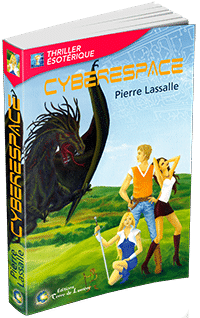 A fascinating esoteric thriller taking us into the near future where the heroes and heroines are entrusted with the fate of human destiny.

Available in store or online !